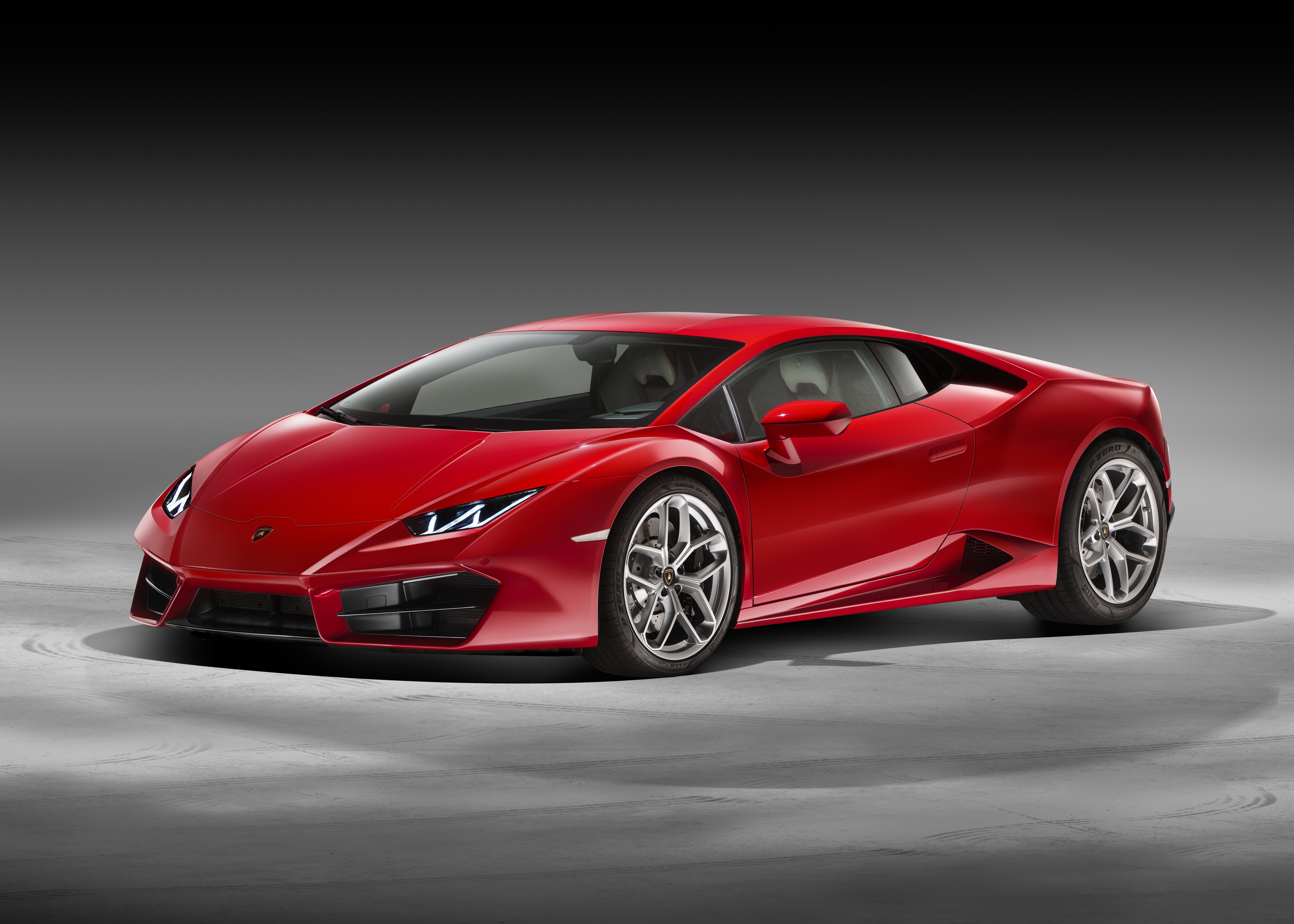 Alongside the two-wheel drive version, Lamborghini is showing the Huracán LP 610-4 Avio: produced in a run of only 250, this special edition’s name, colors and materials pay tribute to the world of aviation and aeronautics.

Also displayed is the open top version of the Huracán LP 610-4, which combines the power and performance of the coupé with the emotion of open-air driving.

The Huracán Spyder stands for inspiring technology, outstanding quality and breathtaking performance. Luxurious comfort with a pure and dynamic design ensures the convertible version of the Huracán is an iconic Lamborghini in its own right.

Automobili Lamborghini’s CEO, Stefano Domenicali, comments: “China is one of the world’s largest markets for Lamborghini in terms of sales. Today we are delighted to present to the Chinese public the Huracán family, which achieved an historic sales record in 2015.”

The Huracán LP 610-4 made 2015 the most successful year in history for deliveries of V10-engined Lamborghini models. In its first full year on the market, a total of 2,242 Huracán units were delivered to customers. In the first 18 months following its market introduction, Huracán deliveries were 70% higher than those of its predecessor, the Gallardo, in the same period after market introduction.

The Huracán LP 610-4 Avio has all the technical specifications that have made the Huracán a great success: aspirated 610 HP, 5.2 liter, V10 engine; 7-speed gearbox with double clutch; hybrid chassis in aluminum and carbon fiber; a power/weight ratio of only 2.33 kilograms per hp and breathtaking performance: 0 to 100 km/h in a mere 3.2 seconds and a maximum speed of over 325 km/h.

The most distinctive feature of the Huracán Spyder is its new soft top. The roof is available in three different colors: black, brown and red. Even with the roof up, the lines of the Spyder differ significantly from those of the coupé. The new hidden automatic pop-up safety bars do not spoil the open car’s low silhouette.

The new electrohydraulic, lightweight soft top opens via a button positioned on the central tunnel in just 17 seconds up to a driving speed of 50 km/h (31 mph). Whether the soft top is up or down, the driver can also electronically open the rear window, which functions as a windshield when closed and when open, as an amplifier of the unique engine sound of the naturally aspirated V10.

All the Huracán models include new 2016 model year technical features including ‘cylinder on demand’ in combination with ‘stop start’, and a new electronically controlled all-wheel drive set-up for further improved driving behavior.